Things You Should Know Before Going for a Smart Lock 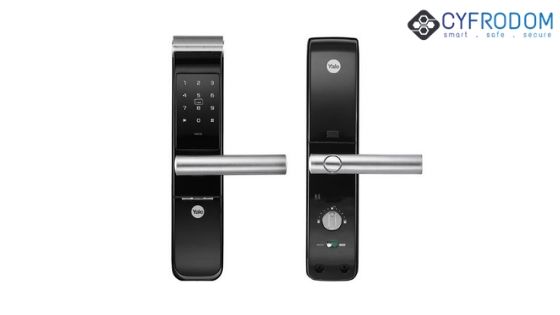 Things You Should Know Before Going for a Smart Lock

Smart Locks have become an increasingly popular part of smart homes, and have even caught on with homes that have not dabbled too far into automation. These smart locks provide new forms of comfort and efficiency to a part of the home that had experienced very few substantial changes. If the advent of smart locks has shown homeowners anything, it is that change is hard and laborious at times. However, in some cases, it can be worth it. But this only happens if you are adequately prepared to make changes. There are many homeowners who go out and buy smart locks before they even learn anything about them.

You need to inspect your door

Different smart locks offer different things, but the one thing they all have in common is that they’ll automatically turn your deadbolt. That’s all well and good — but you need to make sure your door is ready.
Go ahead and lock and unlock your door manually. Did you need to push or pull on the door in order for the bolt to turn smoothly? You won’t be there to do that when your new smart lock is trying to turn the bolt on its own, which could cause it not to work properly.

Security features: The primary function of any lock is to provide some level of security. It is put in place to ensure that only authorized individuals have access to specific spaces at any given time. A lock is an integral part of home security, and it has been that way for years. The good thing about traditional locks is that their manufacturers didn’t have much to focus on aside from the aesthetics of the lock, so all their attention was drawn to making the lock as secure as possible. These traditional locks have measures in place to make them more resistant to lock bumping, lock picking, and other methods that can be used to bypass a lock’s security.

Battery power: Traditional locks never had to worry about a battery running out of juice. Smart locks, however, require a constant source of power in order for them to function. This is the reason why most of them rely on battery power. It is crucial for homeowners to pay attention to the smart lock’s inherent battery.

Backup operation: An essential feature that homeowners should look for in a smart lock is its backup power capabilities. Unlike traditional locks, smart locks are not meant to be manually operated the way traditional locks are, rather they are meant to respond to a series of commands. This means that homeowners can open their doors with much more ease, without necessarily having to be in front of the door. It also means that there a host of new possibilities open to homeowners.

Ability to Integrate: No one likes something that does not play well with others, it makes things complicated and boring. The same concept can also be applied to smart locks. One of the most useful features that a smart lock can have is the ability for it to integrate with other smart devices and smart technology.

Contact Cyfrodom Team today for a free Yale Smart Digital Door Lock Demo or Call us at 7666967223 to know more about our services and offers.